In 1964, to commemorate the city’s bicentennial, Mayor Raymond Tucker put forth this wish: to “make the years significant by forging ahead with new enthusiasm and wisdom in the creation of an ever greater city of St. Louis.”[1]

To grant that wish, they called on Missouri’s most famous living son: Walt Disney.

The economic uptick of the 1950s carved a path for widespread renovation, and the city took on two monumental construction projects: The Gateway Arch and Busch Stadium. Alongside these landmarks, there were plans for a large outdoor mall featuring shops and restaurants celebrating St. Louis culture, new and old. But with the mayor’s call to action still ringing in their ears, the Civic Center Redevelopment Corporation (CCRC), an influential group of community leaders, wanted to aim higher.

Dream, Believe, Dare, and Do

The idea started small: “The Gilded Age Cinema” would be a circular theater inside a riverboat-shaped building featuring a film produced by Walt Disney. Disney wasn’t shy about his soft spot for his childhood home state, and Disneyland’s Circarama theatre had just the kind of historical flair Riverfront Square would embody. But phrases like “small idea” and “single attraction” were not in Walt’s vocabulary. 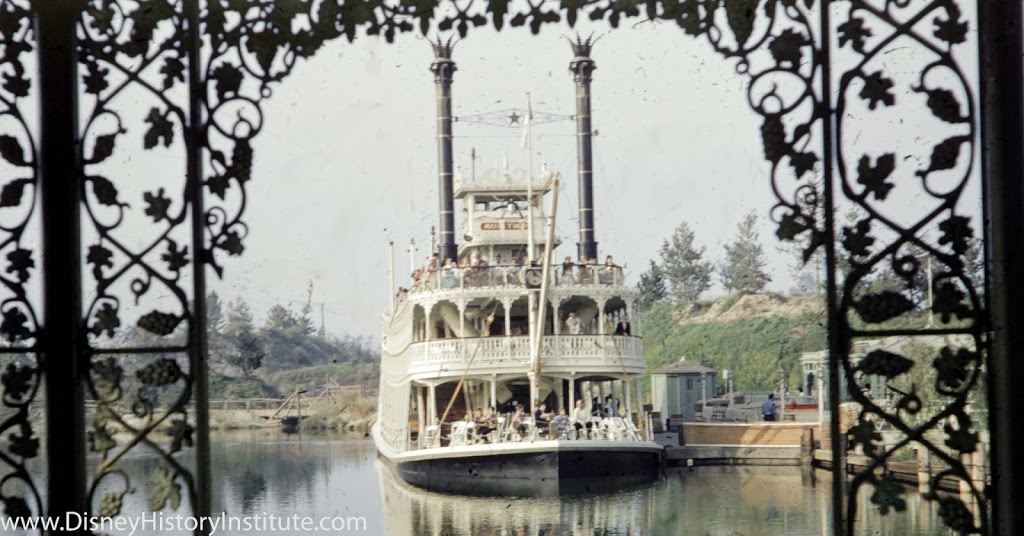 Walt Disney was enthusiastic from the beginning. His captivation with the Mississippi River ran deep. Although he was stretched thin creating attractions for the New York World’s fair and operating the hugely successful Disneyland in Anaheim, he quickly became heavily involved. In a mere three months, Walt and his economists were engrossed in researching St. Louis not as the home for a Disney attraction, but a complete Disney park. Despite petitions for Disney parks all over the world, St. Louis was on track to become home to the second Disneyland.

Imagination was in the driver’s seat. Now called “Walt Disney’s Riverfront Square”, The ever-evolving plan would be housed in a five-story building, fully enclosed to allow for year-round operation. The inside was to be themed after historical St. Louis and New Orleans. Tricks of light and sound would transport guests back in time as they walked through exhibitions of the Mississippi River throughout American history. A Lewis and Clark adventure ride carried you into the basement containing the unexplored American west. Later, the adventure would encounter pirates on a boat ride through the Louisiana bayou. As originally planned, there was also a panoramic theater showing a film about St. Louis.

The most exciting leap for this park compared with California’s Disneyland would be the heavy use of audio-animatronics. To keep from cheapening or distracting from the historical inspiration of Riverfront Square, the park would almost completely exclude iconic Disney characters. Instead, it would feature lifelike robots of historical figures, immersing guests in the rich portrayal of St. Louis history.

The park’s demise was less romantic than its inception. There’s a popular story about a public rift between Walt Disney and August Busch over Disney’s determination not to sell alcohol in Riverfront Square, but the conflict came to an amicable solution. Like many collapsed plans, it was a problem of money. It was the opinion of the Disney corporation that the City of St. Louis should construct the building and necessary surrounding amenities and deliver them ready for Disneyfication at a bargain rate. The CCRC wasn’t as confident this was the fairest course of action, and negotiations hit a stalemate. Ever the diplomat, Walt Disney himself put it best:

“We were asked to try to develop a major attraction having the impact on the St. Louis area of a Disneyland. We suggested at the outset that a project of that scope, in size and cost, might well prove difficult to accomplish, due to a number of imponderable factors. Such has proved to be the case.”

The next Disney park was eventually constructed in Florida, but the influence of Riverfront Square is plain to see. From Pirates of the Caribbean to the iconic Haunted House, the Disney attractions of today owe a big step in their development to St. Louis.

As an old Disney studio proverb goes, “no Disney project ever dies; it simply reemerges in a new form.” The good heart never stops beating, and great ideas resurrect themselves. One can trust that Disneyland didn’t belong in St. Louis, but Walt Disney was drawn here by a shared pioneer’s heart. Still, we forge ahead, with new enthusiasm and wisdom, after a greater St. Louis.